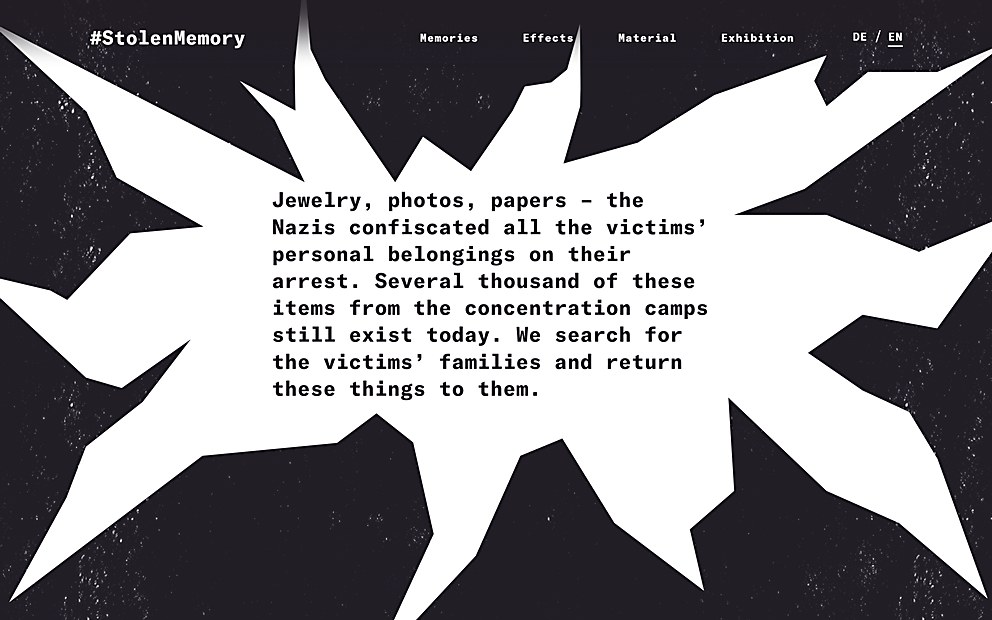 As part of Goldener Westen’s campaign for the Arolsen Archives, this site tells the stories of three fictional Holocaust survivors based on real accounts.

Background: How can we process the dark chapters of history when talking about them nowadays? What is the best approach to convey the experiences of one generation of survivors accurately and reach another generation who will read about those survivors in books? How can we keep the memory of these events alive when all survivors and witnesses will soon be gone? Last year, we embarked on a journey together with the Arolsen Archives, the world’s most comprehensive archive on the victims and survivors of National Socialism, that connects the past with the present.

The Arolsen Archives approached us with a key question the organization is facing itself within its field of action: How much “fiction” is allowed when recalling historical facts and biographies? Including contributing to the debate on remembrance, the organization’s mission also consists of being active in the fields of research and education to inform today’s society about the crimes perpetrated by the Nazi regime.

Favorite details: Telling the stories of Johannes, István and Helena in a subjective, emotional perspective was seen as the most suitable way to do their stories justice and connect with the audience. Throughout the entire production, this was the general path we decided to take, from the script to the illustration style and UI design to the sound design and voiceovers to the animations.

At the same time, this presented a big challenge due to what information was available: in some cases, the Arolsen Archives could provide detailed information; in other cases, we could only count on fragments of biographies. In the latter case, we had to “guess” while trying not to manipulate the story. We also had to find the right balance concerning the tone of the site as well as the information we wanted to convey. How “thrilling” should these stories be? What could be left out in order to not become too didactic and remain on an emotional level?

Design core: The entire project was built around the films. Concerning the website, it had to serve manifold functions: to host the three videos and integrate the stories of Johannes, István and Helena with detailed personal backgrounds and history-grounded information, including educational material for use in classrooms; to host the app videos from the related mobile exhibition with relatives of the victims receiving personal items back; and to display a selection of personal items still in possession of the Arolsen Archives.

The dramaturgy in the films does not present itself chronologically; it’s more like a stream of consciousness. The protagonists tell their stories from their perspective at their age, whether they’re young like Johannes or old like István and Helena. We wanted to emphasize that, before the break of war, they had a normal, happy life made of friends, family, school, hobbies and dreams. We also wanted to emphasize how dramatically that changed after the Nazis came to power. The films follow them during the war, in the concentration camps and beyond liberation until the moment their personal items found their way back to their families, as a memory of when they were young.

Challenges: The main question from the design point of view was how to make an animated project that did not feel light or childish. First, we decided to make it mainly black and white, which gave the project a proper gravity. Playing with the negative and positive space supported the general idea of distinguishing between the happy moments of people’s lives and the tragedy that befell them during the war. Therefore, moments illustrated in camps are drawn on a black background, the shapes are rough and edgy, and there is always high contrast to make the viewer uncomfortable. Not wanting to make something pleasant to the viewer might seem strange at first, but talking about topics like the Holocaust should not be light and easy.

The most important decision in the process was to not make the characters up. They were based on actual people, their real stories, and also their real appearances. Using the photos we had available, we tried to keep the characters as close as possible to reality and simultaneously have some sort of abstraction that gave us the freedom to tell the stories as we did. It shows respect but also gives a way to honor the memory of real people. We kept in mind that these movies would be seen by families of people who went through this experience, and this would also be a popssible testimonial for them.

Navigation structure: At the beginning, we thought a one-page website would be the best solution. After we realized how much there was to tell about Helena, István and Johannes, we decided to build one page for each of them.

Anything else? For an image-driven page, it is quite fast!

Click on an image to view more from each project 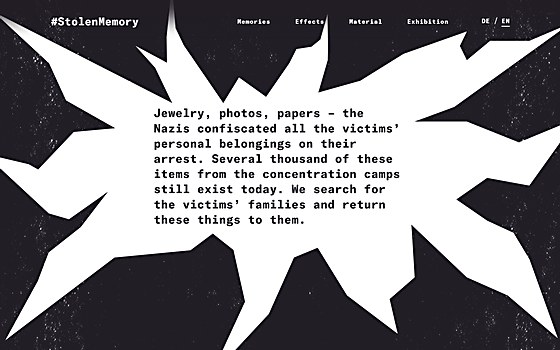 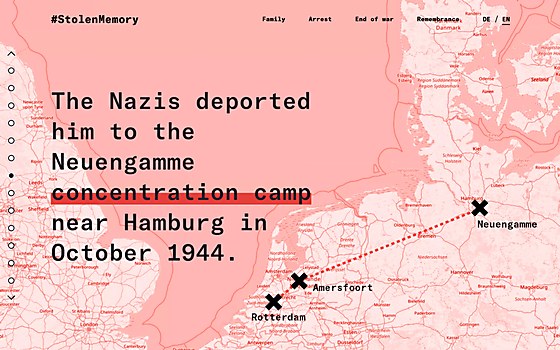 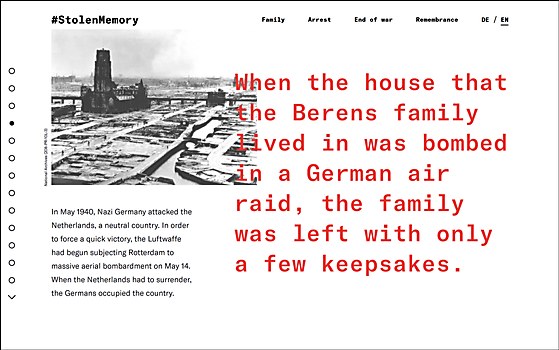 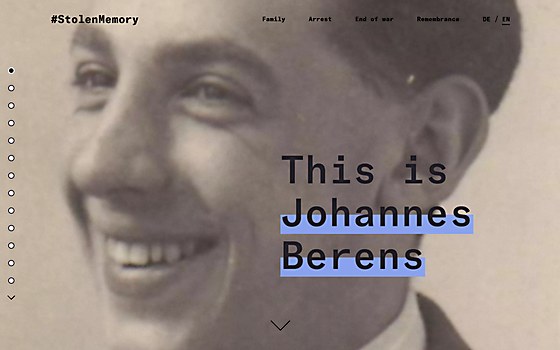 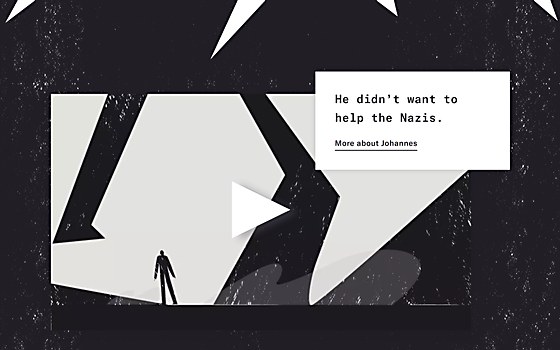 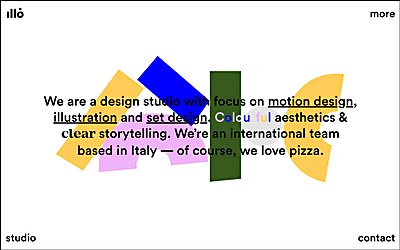 Webpicks / Art/Design
illo
The new illo.tv represents a brand rediscovery not only for the Turin, Italy–based creative studio but for longtime followers of its work with new ways to view its portfolio. 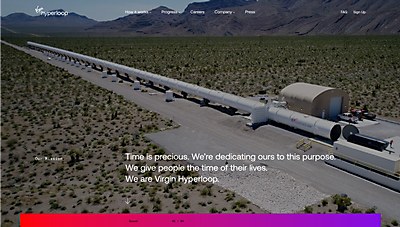 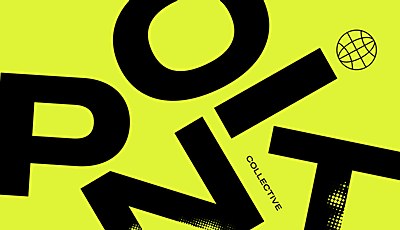